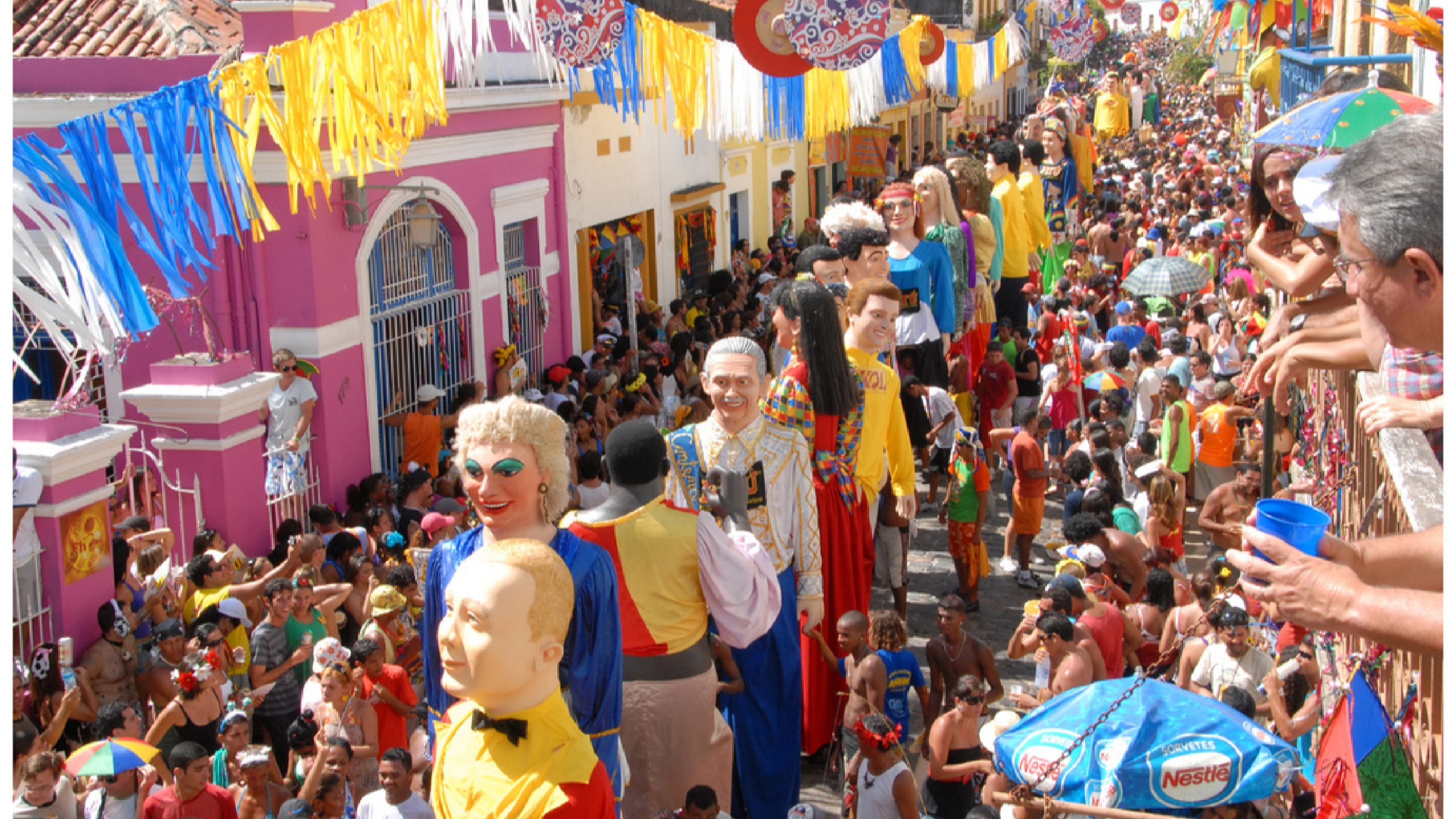 They can be categorised as groups of people who go to the streets throughout Carnival season in a more or less organised way. In Brazilian Portuguese this would be called, “Blocos de Carnaval”.

How do Carnival street parties work?

Generally, the carnival blocks follow predefined urban paths (main streets and avenues in the cities). They are popular and very traditional in the Brazilian carnival. They are usually accompanied by a band with percussion instruments or by electronic sound cars. Its members wear clothing of the same color or carnival costumes.

In the Northeast, the participation of big dolls in the parades of some blocks, mainly in the city of Olinda (PE), is common.

Learn more about this picture here.

According to sociologist Felipe Ferreira in “The Golden Book of the Brazilian Carnival,” in the early twentieth century there were no great distinctions between the various types of frolics that occupied the city and could be called indistinctly as groups, societies or blocks, among other generic names. According to the author, during the 1920s the Brazilian intelligentsia turned to issues related to national identity highlighting the importance of the carnival party in Rio de Janeiro that is seen as a kind of “summary” of Brazilian cultural diversity.

Organising carnival “confusion” became one of the goals of the cultural elite. With help from the media industry, different categories of revelry are defined on a scale ranging from the sophisticated carnival organisations – or large societies – to the street blocks.
Plot blocks are similar blocks to samba schools. They have samba-plot, although usually these are shorter than those of schools. Many samba schools, especially the lower groups, were plot blocks with elaborated clothing, masks and costumes that evolved to the “samba schools”.

Contrary to what could be imagined, the disorganised carnival of the streets was one of the main factors in the formation of the typically Brazilian revelry. A valuable example of the authentic popular joy of the streets prevailing over the balls in the halls of the bourgeoisie.

Looking at the carnival boom in São Paulo, one may think that the city’s street party is a new thing. Some of the oldest blocks in the megacity of São Paulo resist the weather fluctuations and go out religiously every year. Street Carnival in São Paulo is experiencing a big comeback, but it’s nothing really new.

Founded in 1984, by a group of friends who hung out at a restaurant in the neighbourhood of Cambric, their block has been parading there for 34 carnivals. It’s the friends and neighbourhood communities that keep the street blocks alive. “The group kept increasing, the ideas coming up …. Today we have an electronic music car of 75 thousand watts, with a group of children, drums and kids band with 30 musicians,” explains Antonio Ferreira Neto, president of the block at 70 years old.

This year São Paulo should be crowned the queen of Brazil’s street carnival.

Next year enjoy Carnival in Brazil, or take advantage NOW of beautiful discounted Brazilian products on sale at TheFOB! 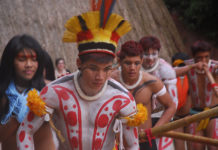